I’ve really enjoyed making the ’round the world’ pram quilt and am finally at the binding stage.  I had to look at a you tube video again to remind myself about making mitred corners – can’t seem to retain any information on how to do things like that any more! I also made a lot of use of my seam ripper – aka frogging! Rip it Rip it Rip it!  Here is the quilt just before binding. 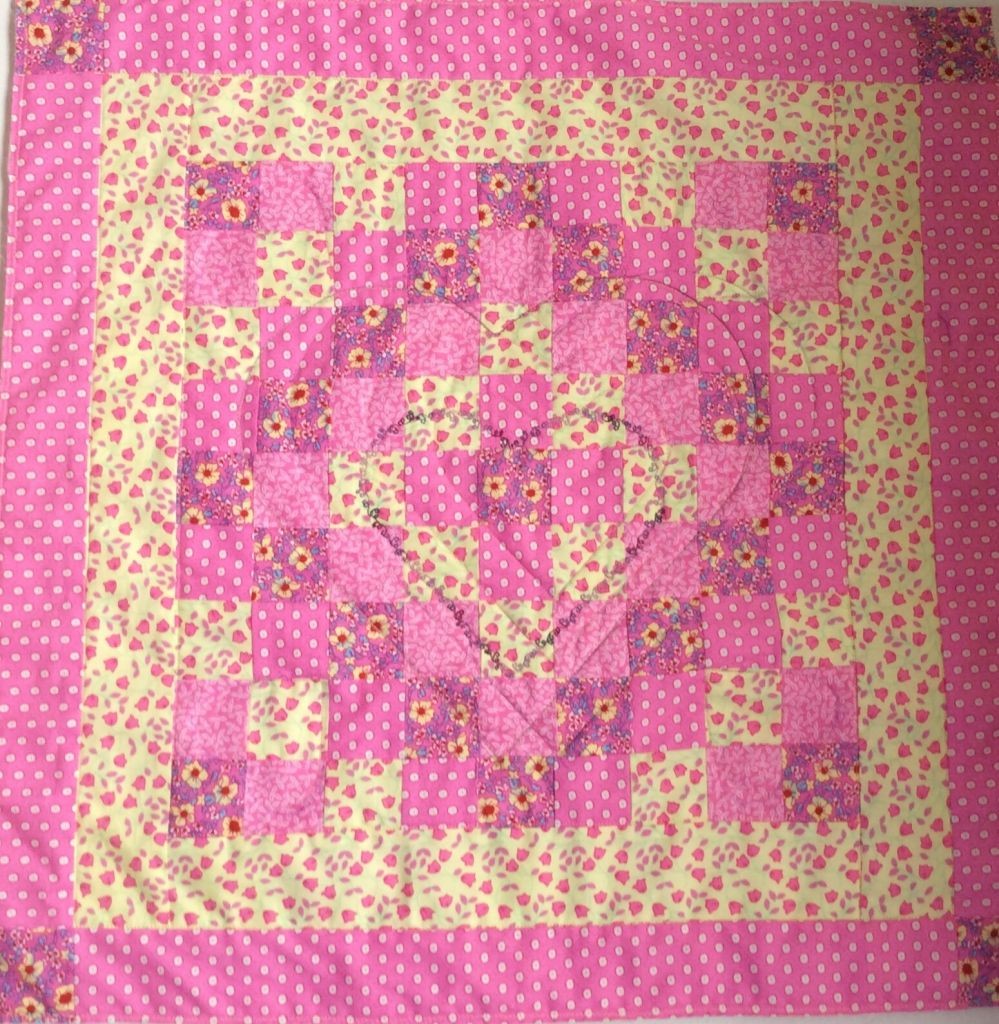 Round the World Pram Quilt

I decided not to over quilt it and just do some heart shaped lines in the middle with straight lines round the outside. The centre heart is made using variegated quilting thread and an embroidery stitch, whilst the  overlapping hearts are in delicate Aurifil thread.

Despite using the seam ripper rather a lot I still have some points not matching! The worst thing though was sewing a whole strip of pink spotty border on wrong way up! And of course it was the last one and so just when I was about to stop for the night grrrrr.  This is why it’s often better to stop when you’re tired rather than keep going to try and finnish things!  Whilst I was frogging away I remembered the blog post I read somewhere about using seam rippers correctly and how amazed the writer was that they had used it incorrectly for years.  It was quite funny because I had inadvertently realised there was a better way to use them only a few months before I read the blog post but I thought it was just me being silly – never thought other people might be using it the wrong way too!

So, how do you use yours? If you pick at the seam, breaking the thread every few stitches, and pulling out sections bit by bit, as I used to do, you will be amazed to find there is a much faster way to frog! I have tried to take a picture of how it should be used but it was quite hard to get it to clearly show the action.  Basically you hold the seam vertically in your two hands and then run the ripper downwards between the two pieces of fabric, – parting the seam easily and quickly. It can be tricky to hold the fabric and use the ripper, but once you get in position it’s fab! 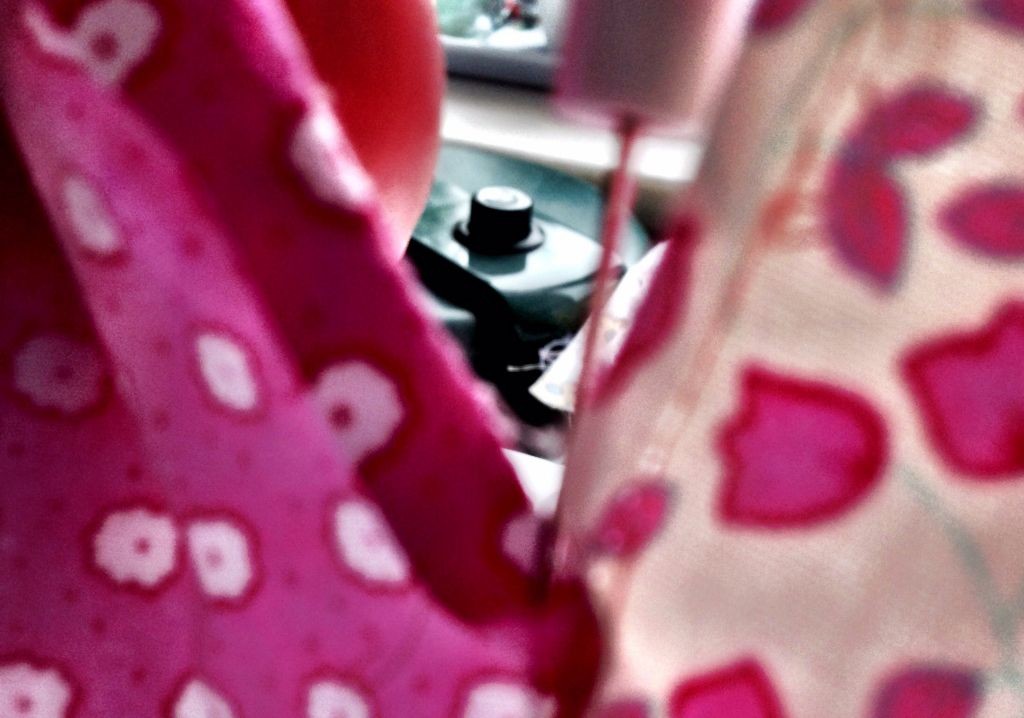 Pushing the ripper vertically down the seam

If you’ve never tried it like this you’ll be so excited you’ll be hoping you make a mistake just to hear the satisfying riiiippppppyyyyy noise!😃

I’m linking up with Handmade Monday again at Lucy a Blossom Crafts now!